This is a repost of an article from Vice. It hits many great points on why we get that euphoric high from a D/s relationship.

What happens in your head when you get flogged? Scientific researchers and professional dominatrixes talk about endorphins and all the other neurochemicals that make bondage so delightful.

As far back as 1987, leather activist and author Dr. Geoff Mains hypothesized that BDSM activity stimulated the release of endorphins, but scientists have yet to tease out the exact relationship between neurochemicals and S&M. But subspace does exist: Dr. Brad Sagarin, founder of the Science of BDSMresearch team and a professor of social and evolutionary psychology at Northern Illinois University, has compared it to runner’s high, the sense of euphoria and increased tolerance for pain that some joggers feel after a long run. Except, obviously, one is caused by the asphalt flashing beneath your feet, the other by a whip swishing through the air. 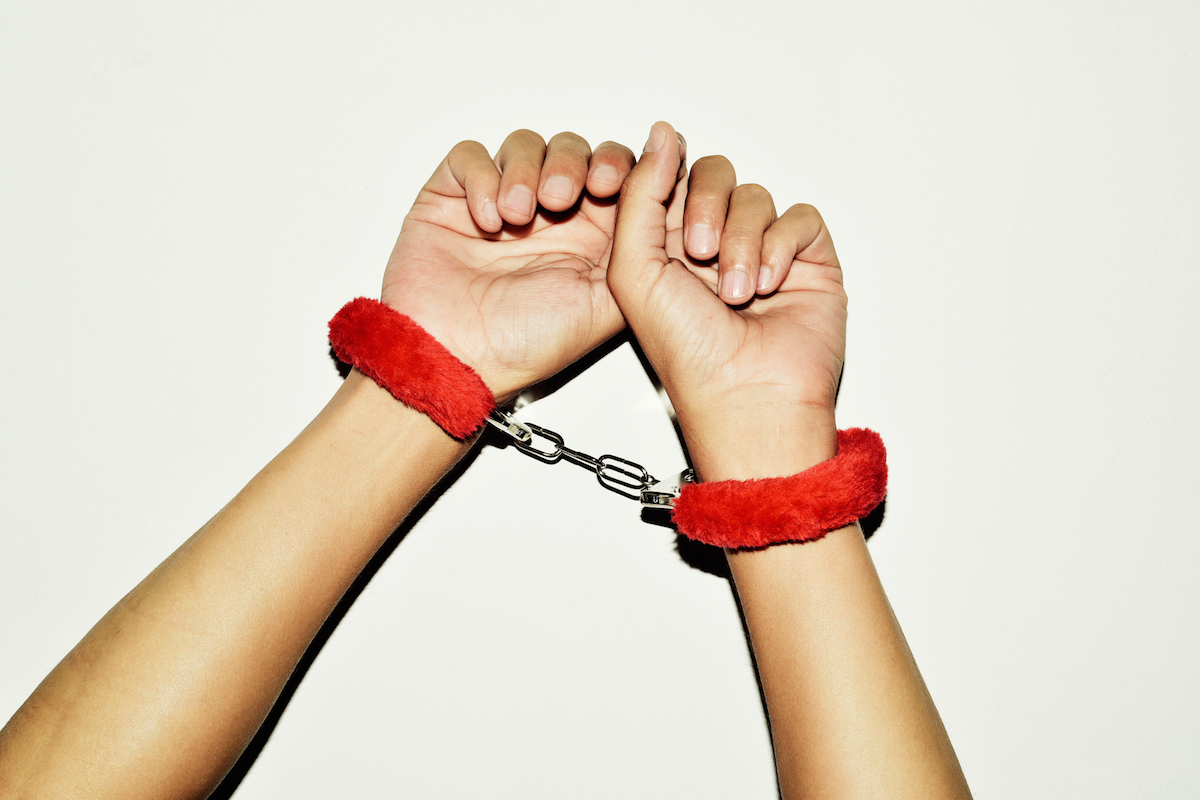 PHOTO BY JUAN MOYANO VIA STOCKSY

They inferred from the study that the changes in executive functioning were as a result of the brain redirecting blood flow from higher-order functions to lower-order functions. Writing in the Guardian, Dr. Sagarin revealed that this “temporary impairment of the brain’s executive function capability” was often accompanied by “feelings of floating, peacefulness, time distortion, and living in the here and now.”

“We interpret these changes to be evidence of subspace, an altered state of consciousness that people who are receiving sensations (the bottoms) can experience,” Klement says.ADVERTISEMENT

But what about the psychological subspace felt by those experiencing non-physical play, such as humiliation, pet play, and other fetishes? According to Marlowe, this is where an understanding of behavioural psychology comes in handy.

The click of the boot is a neutral stimulus paired with an unconditioned stimulus of licking the boot clean. It is a learned response.

“In the context of humiliation and pet play, classical and operant conditioning play a huge roll in how these types of fetishes play out. Classical conditioning, made famous by Pavlov’s dog experiment, involves placing a signal before a reflex,” Marlowe explains. “Let’s think of it in a scenario where the domme and sub are enjoying puppy play. The domme may present a signal of a click of her boot, which will lead to the privilege of puppy licking the boot clean. The click of the boot is a neutral stimulus paired with an unconditioned stimulus of licking the boot clean. It is a learned response.”

The remainder of the article can be found at:
https://www.vice.com/en_us/article/j5e833/your-brain-on-bdsm-why-getting-spanked-and-tied-up-makes-you-feel-high